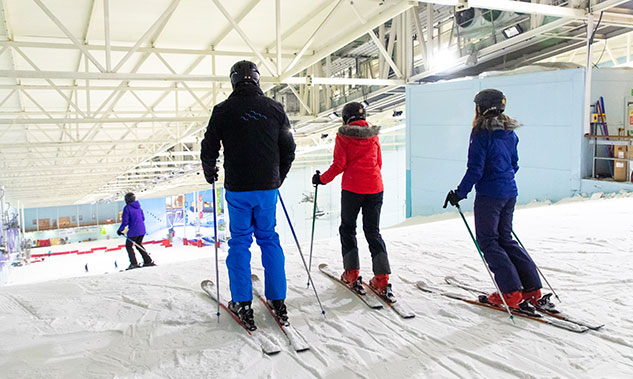 Or can you learn to ski in 6 hours?

Our very own expertly qualified instructors are challenging the science of skill mastery by guaranteeing to get novice skiers and snowboarders confident enough to hit the slope within just six hours.

On this basis, this would mean a complete beginner could take the six-hour ‘Guaranteed to Ski’ course with us and then head to the airport and be riding down the mountains in a resort within the day.

The theory that anyone can master a skill with 10,000 hours of practice was outlined in a 1993 psychology paper by Anders Ericsson and made popular in Malcolm Gladwell’s 2008 book, Outliers.

Recently, Josh Kaufman published his book, ‘The First 20 Hours’ which offers a systematic approach to rapid skill acquisition by completing 20 hours of focused, deliberate practice - but we managed to teach 1,300 people to ski and snowboard in just six hours as part of our Guaranteed to Ski/Snowboard Campaign last year.

We have brought this campaign back again this year. Guaranteed to Ski / Snowboard is running until 28th February 2018. This is specifically to make it easy and accessible for beginners to get into snow sports. This means beginners can learn to ski/snowboard in just one day from £120.

Our instructors are so confident in their challenge, we have promised that any participant who is not deemed ‘slope ready’ after their six hours of tuition, can repeat their Level 3 for absolutely FREE!

We hope that our Guaranteed to Ski/Snowboard challenge will enable people to make the most of their valuable holiday time by taking lessons before they fly and consequently, not wasting their Winter breaks in snow schools. A survey commissioned by the North-West leisure destination found that spending more time with family came out as the number one reason to take lessons before flying (54%), followed by having freedom to explore the piste (45%) and finally, saving money (31%).

Almost half of both men and women asked viewed skiing and snowboarding as exercising, although over two thirds underestimated the calories burned (408) during an hour on the slopes – an impressive figure when compared with an hour of sex (300 calories), aerobics (374 calories), basketball (340 calories) or badminton (348 calories).

So, what are you waiting for?!