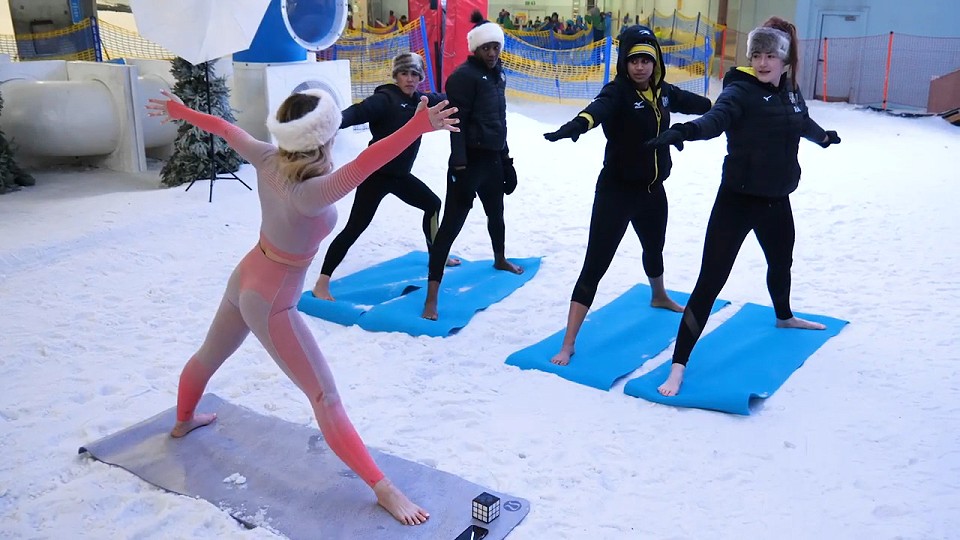 It’s time to ditch your traditional yoga workout for one that will really make you chill out.

The team – currently top of the Superleague table – was put through its Snow-ga paces as Gemma glided between ‘snow-side crow’ and ‘slope-ward facing dog’ against the snowy backdrop.

“Yoga offers innumerable advantages to your body, mind, and emotional state, which only increases over time. Practicing cold yoga means you have to focus twice as hard on your body’s movements and breathing, establishing a deeper mind-body connection, and ultimately leading to a feeling of total wellbeing.” - Gemma Merna, yoga instructor and ex-Hollyoaks star.

“We’re thrilled to have created a UK-first by holding a real Snow-ga class– it’s definitely made for an interesting and zen-like addition to our already extensive list of snow offerings.” - Morwenna Angove, CEO at Chill Factore.

Snow-ga is due to open to the public this summer - to register your interest, email snowga@chillfactore.com