Top European ski runs and why they’re the best 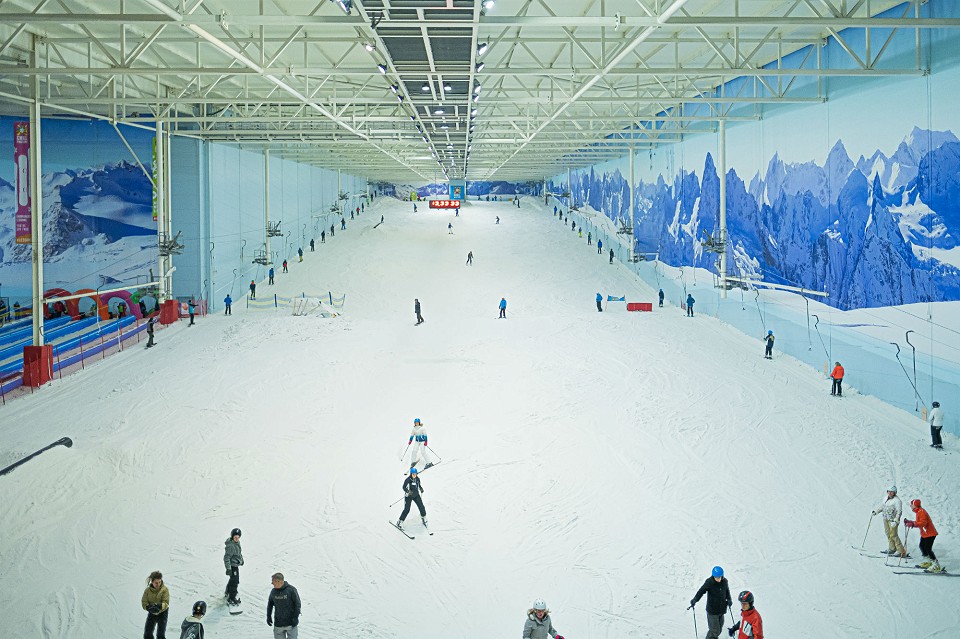 From our lift passes and snow park, to our ski lessons and snowboard courses; Chill Factore has a range of activities and facilities to help you get into snowsports. But what are our top recommendations when it comes to hitting the mountains for real?

If you fancy a ski holiday and want to stay relatively nearby, Europe is home to some of the world’s most amazing runs. Whether you’re into stunning landscapes and gentle descents, or rapid drops and adrenaline-pumping speeds, we’ve found the best European ski runs to inspire your next holiday.

Scandinavia offers some amazing ski opportunities. Piste 4 at the Riksgränsen ski resort is a top run found in the Swedish Arctic Circle — visiting in spring means you get to experience long days, midnight sun and a top terrain for freestyling! Skiers love launching off the natural bumps of the Riksgränsen slopes. But head to Piste 4 — the most famous here —  and you’ll glide into Norway before looping back around during your descent!

To get to what is believed to be the ‘birthplace’ of Alpine skiing, you take the funicular railway, which was built in 1931. From here, you go up to the 2,662-metre Weissfluhjoch and begin your amazing descent past forests and quaint huts before reaching the valley in Kublis again for the train home.

This run is a classic in Swiss skiing and offers you a great mix of sights, landscapes and gentle terrain, with a maximum gradient of 26%.

Apparently the longest black run in the Alps is ten miles in length, you get around 90 minutes of intense and continuous skiing starting from the 3,330-metre Pic Blanc. Before you begin your descent, make sure to check out the stunning peaks of the Parc National des Ecrins.

This is an exhilarating run where you’ll have the chance to take on a drop of 2,000 metres. However, watch out for the launch — it’s very steep!

A word of caution, don’t try this if you’re a beginner! The Streif is found on the Hahenkamm mountain and hosts one of the most hazardous races in the World Cup — essentially, this is one of the world’s most feared runs!

At the starting gate, get ready to nearly freefall as you begin your 3,300-metre descent at the top of the Streif. In an instant, you’ll have 85% gradients to contend with at a speed of around 84mph! Overall, the course is about 3,312 metres in length with an average gradient of 27% — so perhaps consider some private lessons before you take on this mammoth challenge! The Streif is so famous that a documentary film was made about it in 2015 — Streif: One Hell of a Ride.

At 3,329 metres, Mont Fort in Verbier is a tough challenge for any skier. This run provides a 1,300-metre descent and is generally considered the most challenging of Verbier’s pistes. Unmaintained by machinery, Mont Fort has many bumps and is extremely steep — fitness and experience are essentials.

If you can handle it, Mont Fort is breath-taking and offers an exhilarating experience that you won’t get on many other runs in the world — try it at dawn for spectacular views of the sunrise over the nearby mountains and glaciers. Another advantage of Mont Fort? Its location. Verbier is probably one of the world’s most luxurious and party-centric resort — ideal if you want to make this a rue skiing holiday with a mix of activity and relaxation!

France is home to some amazing ski runs, one of which is Aiguille Rouge — the tallest peak in the Les Arcs resort. At 3,226 metres in height and with a vertical descent of over 2,000 metres, this run is classified as black at the top and red a third of the way down.

You get extraordinary panoramic views of the Italian Alps here. Although, it’s best to take on Aiguille Rouge at the very start of the day, as cable car queues get busy quickly! Luckily there’s good quality snow everywhere on the Aiguille Rouge.

Found in the Dolomites and offering potentially the very best views of the Alps, this long-distance circuit is a breath-taking experience for beginner and seasoned skiers.

View limestone cliffs and open pastures as you make your descent. Essentially, the Sella Ronda run is made up of around 14 miles of runs looping around a huge crag that are linked by lifts. It’s the ideal spot if you want to catch a glimpse of several villages along the way, and you can do the run easily in a single day — although, it’s recommended that you try it in both directions!

Maybe adrenaline-pumping runs are your thing and you’re looking for a challenge with your next ski holiday. If so, test your skills on the Lauberhorn. Here, you’ll begin from the 2,500-metre apex and descend 4,500 metres in just 150 seconds! Supposedly, the Lauberhorn is the fastest run in the World Cup. However, there’s much more to contend with than steepness — there’ll also be a 130-foot jump that catapults you into the air and speeds of nearly 100mph — enough for g-forces to come into play.

Anything that’s named after a samurai ritual for suicide must be approached with caution. At 1,500m in length, the Harakiri run in Austria is found in the resort of Mayrhofen and usually has an icy centre with more easy-to-grip snow at the edge. This Austrian run is supposedly the steepest groomed slope in the world with an average gradient of almost 80%!

Similar to many other runs, the beginning is the scariest — experts say keep your weight on your outer ski and try to decrease your speed whenever possible to reach the bottom in a vertical stance. In other words, plenty of advanced skills coaching are essential!

Can’t choose between Switzerland and France? Why not get the best of both worlds by visiting Pas de Chavanette — also called the ‘Swiss Wall’ — on the French-Swiss border? This popular 200-metre ski run is based at the heart of the Portes du Soleil ski area and features swift drops and steep angles — so much so, your vision might be slightly obscured at times!

This run is an ungroomed run and its difficulty level relies on the season. Ski on a decent layer of snow and you will glide effortlessly — but beware when the run is icier and bumpier, as only experienced skiers will be able to hold themselves upright and make the necessary emergency stops when required.

There’s a decent mix of runs that are perfect for beginner, intermediate and experienced skiers here. However, there are plenty more European runs you can visit if you look around. Why not plan a visit to Chill Factore prior to your departure to make sure you have the necessary skills to make the most of your ski holiday adventure?