Why is Autumn a great time to learn to ski or snowboard? 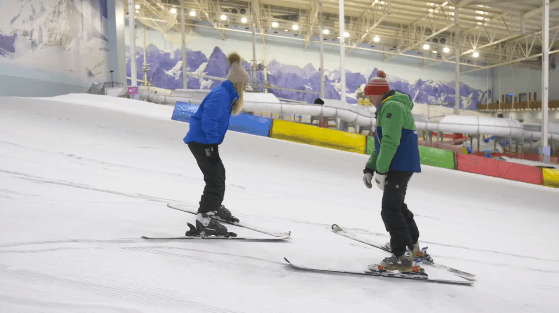 When you think of Autumn, you don’t think of snow sports such as skiing and snowboarding. In reality you think of falling orange leaves, knitted jumpers, shorter days and the return of Pumpkin Spiced Lattes (whether you are a fan or not). But actually, autumn is the perfect time to learn how to ski (or snowboard) or brush up on your existing snow skills. In many of the UK’s snow centres and dry slopes, autumn is still considered to be an off-peak period, and guests can enjoy the many benefits of learning before the season starts.

We’ve made a list of reasons as to why now is the best time to book;

It’s cheaper to learn and the slope is quieter.

In Autumn, you spend less time queuing up for the lifts and more time perfecting your skills as the slopes are still relatively quiet. If you are learning from scratch, the beginner slope also has fewer people on which means you can wobble and stumble as much as you like without getting in anyone’s way. According to research findings, quieter slopes, taking lessons before going on holiday and tips from instructors are most likely to boost confidence amongst beginners and let them excel in their chosen sport. Not only that! Off-peak Lift Passes and Lessons are cheaper than super-peak rates so you receive better value for money.

It allows you to practice and improve your skills.

What better way is there to appreciate your skiing holiday than to get your technique in tip-top shape pre-season? Getting in your practice before the season starts allows you to spend less time on the beginner slopes abroad and provides you with more time to enjoy the mountainous scenery and appreciate the snowfall.

It is less daunting for Beginners to learn.

For those who have never put on a pair of skis in their life but are eager to learn, it is often less daunting to learn in autumn rather than later on in the year. Due to the quieter period there are fewer people booked onto a lesson. For guests who are nervous about learning or who lack confidence, this is perfect for them. It also allows the instructor to tailor the lesson a little more to the needs of the group including pace and what the session covers.

Although only relevant in non-English speaking countries, it is generally easier for skiers and boarders alike to learn their chosen sport in their native country. Whilst instructors abroad are just as qualified, broken-English can make learning just a little bit harder.