Did you know? 7 interesting facts about snowsports 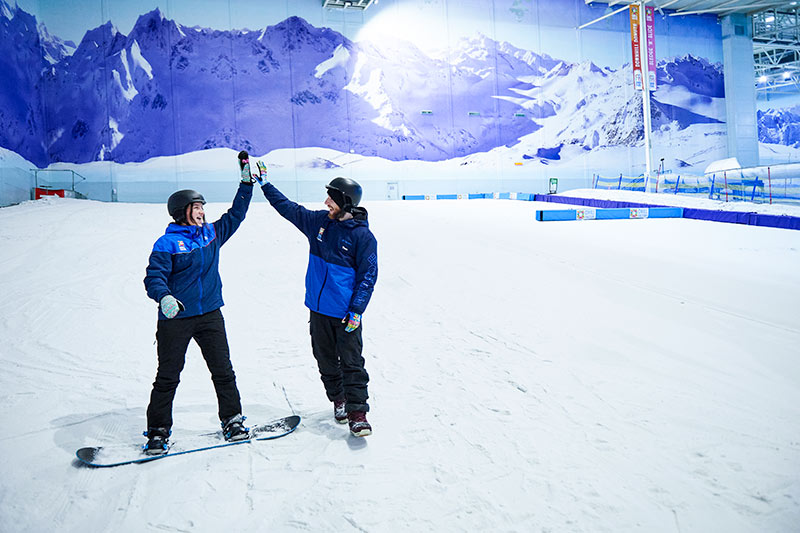 Snowsports are super fun! Skiing, snowboarding, and so much more can take place in the cold weather. It’s what makes the Winter Olympics so entertaining. Now, if you’re an avid skier or snowboarder, you’re probably clued up on everything there is to know about both snowsports. But if you want to know more snowboarding facts or ski facts, continue reading our amazing list of interesting snowsports facts!

As fun and enjoyable as the Summer Olympic Games are there’s nothing quite like the exhilarating drama that the Winter Olympics creates. Purely from an aesthetic point of view, watching elite athletes glide across snow, with the white powder flicking up in the air, is one of the finest sights in sports.

If you love the Winter Olympics as much as we do then we’re sure you’ll love these amazing snowsports facts!

Our first interesting snowsports fact about the Winter Olympics is that animals were once allowed to compete in the games! While no animals joined in with official sports, dogs and horses both played a role in demonstration events. In the 1932 Winter Olympics, dog-sledding was featured, while horses performed skijoring in 1928 - an event that involves athletes being towed on skis behind riderless horses. Unusual!

Another crazy fact about the Winter Olympics is that athletes that compete on the bobsleigh hurtle down the track at speeds of around 90 miles per hour. That’s faster than the national speed limit on UK roads - incredible! If you’re unfamiliar with bobsleighing, it’s when a group of athletes sit in a bobsleigh and navigate turn tights on hair-raising courses made of ice at ridiculous speeds.

If you thought our interesting snowsports facts were all dried up, you were wrong. There are plenty more ski facts for you to learn, including where the word ‘ski’ originates from.

Did you know that the word ‘ski’ actually comes from the Old Norse word ‘skio’. This meant ‘stick of wood’ and the term ski was coined in modern Norway in the late 19th century. It was then adopted by other nationalities with different pronunciations in each language.

Our second interesting ski fact includes space. If you want to become an astronaut one day, you should start training in cross-country skiing. The reason for this is that Harrison Schmitt, a member of the 1972 Apollo crew that were the last NASA astronauts to land on the moon, claimed that cross-country skiing was great preparation for walking on the moon.

Also, do you know just how popular skiing is? Every year around 350 million people worldwide visit ski resorts to take in the slopes and the snow. You can too with a visit to Chill Factore in Manchester. Book now for a great day on the UK’s longest real snow slope.

Now you’ve got a handful of ski facts to wow your friends, you can surprise them with some snowboarding facts too! Did you know that snowboarding was originally called ‘snurfing’? An American engineer by the name of Sherman Poppen invented snowboarding in the 1960s. His wife first coined the term snurfing by combining snow and surfing. After the popularity of the sport grew, sports companies changed the name to make it more attractive.

The banning of snowboarding is the last of our seven snow sports facts. Did you know that in the 1980s, snowboarding was actually banned from some ski resorts? Due to the nature of snowboarding, it attracted a younger audience which made it appear like a teen craze rather than an Olympic sport to be respected. This saw many resorts ban snowboarding until they realised just how popular it was!

Now that you’re armed with some amazing ski facts and general snowsports facts, you’re ready to get on the slopes at Chill Factore.

So, what are you waiting for? Head to Chill Factore in Manchester, pick up a Lift Pass and enjoy our real snow slope to develop your skills and build your confidence. Who knows, you may not be far off booking a trip to Europe!

If you have any more questions about what you can do at Chill Factore, don’t hesitate to contact us on 0161 749 2222 or email us at info@chillfactore.com.

Why hobbies are important for your children

How long does it take to learn to snowboard?

How to stay active while you’re self isolating

What size snowboard do I need?